How do I error handle thee?

Scala has several ways to deal with error handling, and often times people get confused as to when to use what. This post hopes to address that.

Let me count the ways.

People coming to Scala from Java-like languages are often told Option is a replacement for null or exception throwing. Say we have a function that creates some sort of interval, but only allows intervals where the lower bound comes first.

However, throwing exceptions breaks our ability to reason about a function/program. Control is handed off to the call site, and we hope the call site catches it – if not, it propagates further up until at some point something catches it, or our program crashes. We’d like something a bit cleaner than that.

We make our class final so nothing can inherit from it, and we make our constructor private so nobody can create an instance of Interval without going through our own smart constructor function, Interval.apply. Our apply function takes some relevant parameters, and returns an Option[Interval] that may or may not contain our constructed Interval. Our function does not arbitrarily kick control back to the call site due to an exception and we can reason about it much more easily.

So, Option gives us Some or None, which is all we need if there is only one thing that could go wrong. For instance, the standard library’s Map[K, V] has a function get that given a key of type K, returns Option[V] – clearly if the key exists, the associated value is returned (wrapped in a Some). If the key does not exist, it returns a None.

But sometimes one of several things can go wrong. Let’s say we have some wonky type that wants a string that is exactly of length 5 and another string that is a palindrome.

Clearly something went wrong here, but we don’t know what. If the strings were sent over from some front end via JSON or something, when we send an error back hopefully we have something more descriptive than “Something went wrong.” What we want is instead of None, we want something more descriptive. We can look into Either for this, where we use Left to hold some sort of error value (similar to None), and Right to hold a successful one (similar to Some).

In the case of Option, if any of foo/bar/baz/quux returns a None, that None simply gets threaded through the rest of the computation – no try/catch statements marching off the right side of the screen!

For comprehensions in Scala require the type we’re working with to have flatMap and map. flatMap, along with pure and some laws, are the requisite functions needed to form a monad – map can be defined in terms of flatMap and pure. With scala.util.Either however, we don’t have those – we have to use an explicit conversion via Either#right or Either#left to get a RightProjection or LeftProjection (respectively), which specifies in what direction we bias the map and flatMap calls. The convention however, is that the right side is the “correct” (or “right”, if you will) side and the left represents the failure case, but it is tedious to continously call Either#right on values of type Either to achieve this.

Thankfully, we have an alternative in the Scalaz library via scalaz.\/ (I just pronounce this “either” – some say disjoint union or just “or”), a right-biased version of scala.util.Either – that is, calling \/#map maps over the value if it’s in a “right” (scalaz.\/-), otherwise if it’s “left” (scalaz.-\/) it just threads it through without touching it, much like how Option behaves. We can therefore alter the earlier function:

scalaz.\/ also has several useful methods not found on Either.

As of Scala 2.10, we have scala.util.Try which is essentially an either, with the left type fixed as Throwable. There are two problems (that I can think of at this moment) with this:

A big factor in our ability to deal with all these error handling types nicely is using their monadic properties in for comprehensions.

For an explanation of the monad laws, there is a nice post here describing them (using Scala). Try violates the left identity.

This can cause unexpected behavior when used, perhaps in a monad/for comprehension. Furthermore, Try encourages the use of Throwables which breaks control flow and parametricity. While it certainly may be convenient to be able to wrap an arbitrarily code block with the Try constructor and let it catch any exception that may be thrown, we still recommend using an algebraic data type describing the errors and using YourErrorType \/ YourReturnType.

Going back to our previous example with validating wonky strings, we see an improvement that could be made.

The fact that one string must have a length of 5 can be checked and reported separately from the other being palindromic. Note that in the above example "foo" does not satisfy the length requirement, and "bar" does not satisfy the palindromic requirement, yet only "foo"’s error is reported due to how \/ works. What if we want to report any and all errors that could be reported (“foo” does not have a length of 5 and “bar” is not palindromic)?

If we want to validate several properties at once, and return any and all validation errors, we can turn to scalaz.Validation. The modified function would look something like:

Awesome! However, there is one caveat – we cannot in good conscience use scalaz.Validation in a for comprehension. Why? Because there is no valid monad for it. Validation’s accumulative nature works via its Applicative instance, but due to how the instance works, there is no consistent monad (every monad is an applicative functor, where monadic bind is consistent with applicative apply). However, you can use the Validation#disjunction function to convert it to a scalaz.\/, which can then be used in a for comprehension.

One more thing to note: in the above code snippet I used ValidationNel, which is just a type alias. ValidationNel[E, A] stands for for Validation[NonEmptyList[E], A] – the actual Validation will take anything on the left side that is a Semigroup, and ValidationNel is provided as a convenience as often times you may want a non-empty list of errors describing the various errors that happened in a function. However, you can do several interesting things with other semigroups. 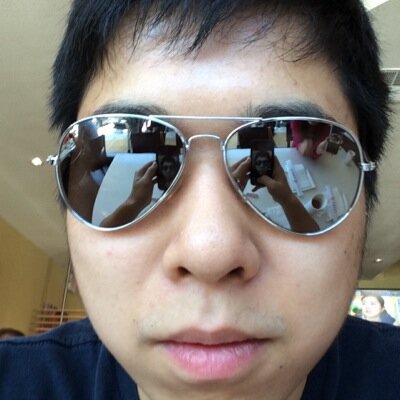