Testing in the wild

Writing tests seems like a wonderful idea in theory but real systems can be a real pain to test. Today I want to show a few tips on how to use specs2 + ScalaCheck to make some real-world testing somewhat bearable.

I am currently refactoring a big piece of code. Such refactoring is more like a small rewrite and some of our previous tests also have to be rewritten from scratch. I will try to introduce you to the problem first.

The system-du-jour is called “Panda” (we have animal names for many of our services in my team) and is tasked with the creation of articles on our legacy platform. An article is already a complicated beast. We have 3 levels of descriptions:

This data can be created in our legacy catalog by calling a bunch of SOAP (yes you read that right) APIs and getting back, at each level, some identifiers for the model, the configs, the simples.

This in itself can already be quite complicated and the creation of an article could fail in many ways. But it gets a lot more complex considering that:

So many things which can go wrong, how would you go about testing it?

Combinations, the key to testing

After I started rewriting the tests I realized that our current approach was barely scratching the surface of all the possible combinations. In a similar case your first thought should be “ScalaCheck”! But this time I am going to use ScalaCheck with a twist. Instead of only modelling input data (model/config/simples) I am also modelling the system state:

If we translate this into a specs2 + ScalaCheck specification, we get a property like this:

We are creating a ScalaCheck property, with a specs2 method prop which gives us some additional power over row ScalaCheck properties. One thing we do here is to restrict the kind of generated Article to articles containing only one new configuration because we want to focus first on all the possible cases of model creation. So we pass a specific generator to the property, just for the first argument with setGen1.

Then, as you can see above, we return ok which is a specs2 result. This is because prop allows us to return anything that specs2 recognizes as a Result (with the org.specs2.execute.AsResult typeclass) and then we are not limited to booleans in our ScalaCheck properties but we can use specs2 matchers as well (we are going use this in the next step).

Now, for testing we need to do the following:

What are BeforeState and AfterState? They are custom case classes modelling the variables we are interested in:

The first 2 variables of BeforeState are a bit curious. The first one gives us a ModelId if upstream systems know that a model already exist. Then how could modelNeedsToBeCreated be true? Well, the events we receive don’t rule out this possibility. This is the current state of our domain data and arguably we should model things differently and reject malformed events right away. This is where the saying “Listen to your tests” comes in :-).

If we count the number of combinations we end up with 16 possibilities for our “before state” and 8 possible outcomes. How can we represent all those combinations in our test?

Specs2 offers to possibility to create tables of data directly inside the code for better readability of actual and expected values when you have lots of different possible combinations. Here is what we can do here

This looks like a strange piece of code but this is actually all valid Scala syntax! results is a specs2 DataTable created out of:

We can also use || and !! as separators and we use this possibility here to visually distinguish input columns from expected results columns.

The table above is like a big “truth table” for all our input conditions. Running a test consists in:

The funny thing is that before executing the test I did not exactly know what the code would actually do! So I just let the test guide me. I put some expected values, run the test and in case of a failure, inspect the input values, think hard about why the code is not behaving the way I think it should.

One question comes to mind: since this is a ScalaCheck property, how can we be sure we hit all the cases in the table? The first thing we can do is to massively increase the number of tests that are going to be executed for this property, like 10000. With specs2 you have many ways to do this. You can set the minTestsOk ScalaCheck property directly in the code:

But you can also do it from sbt:

This is quite cool because this means that you don’t have to recompile the code if you just want to run a ScalaCheck property with more tests.

As I wrote, when a specific combination would fail I had to inspect the inputs/outputs and think hard, maybe my expectations are wrong and I needed to change the expected values? To this end I added a “line number” column to the table and reported it in the result:

This reporting is all done in the checkState method which is:

Actually I even enhanced the display of actual/expected values by coloring them in green or red in the console, using one of specs2 helper classes org.specs2.text.AnsiColors:

Both the line numbering and the coloring really helps in fixing issues fast!

A vexing issue with property-based testing is that being random, it will generate random failures every time you re-run a property. So you can’t re-run a property with the exact same input data. But that was before ScalaCheck 1.14! Now we can pass the seed that is used by the random generator to faithfully re-run a failing test. Indeed when a property fails, specs2 will display the current seed value:

And you can pass this value on the command line to re-run with exactly the failing input data:

This is super-convenient for debugging!

Finally when a given row in the table passes, there is a comment column to register the reason for this specific outcomes so that future generations have a sense of why the code is behaving that way. In that sense this whole approach is a bit like having “golden tests” which are capturing the behaviour of the system as a series of examples

This post shows how we can leverage features from both specs2 and ScalaCheck to make our tests more exhaustive, more readable, more debuggable. The reality is still more complicated than this:

Anyway despite those remaining questions and issues I hope this post gives you some new ideas on how to be more effective when writing tests with specs2 and ScalaCheck, please comment on your own experiments! 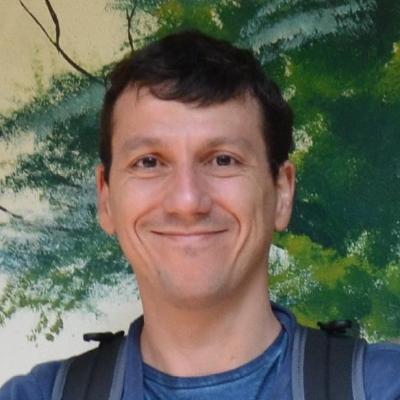