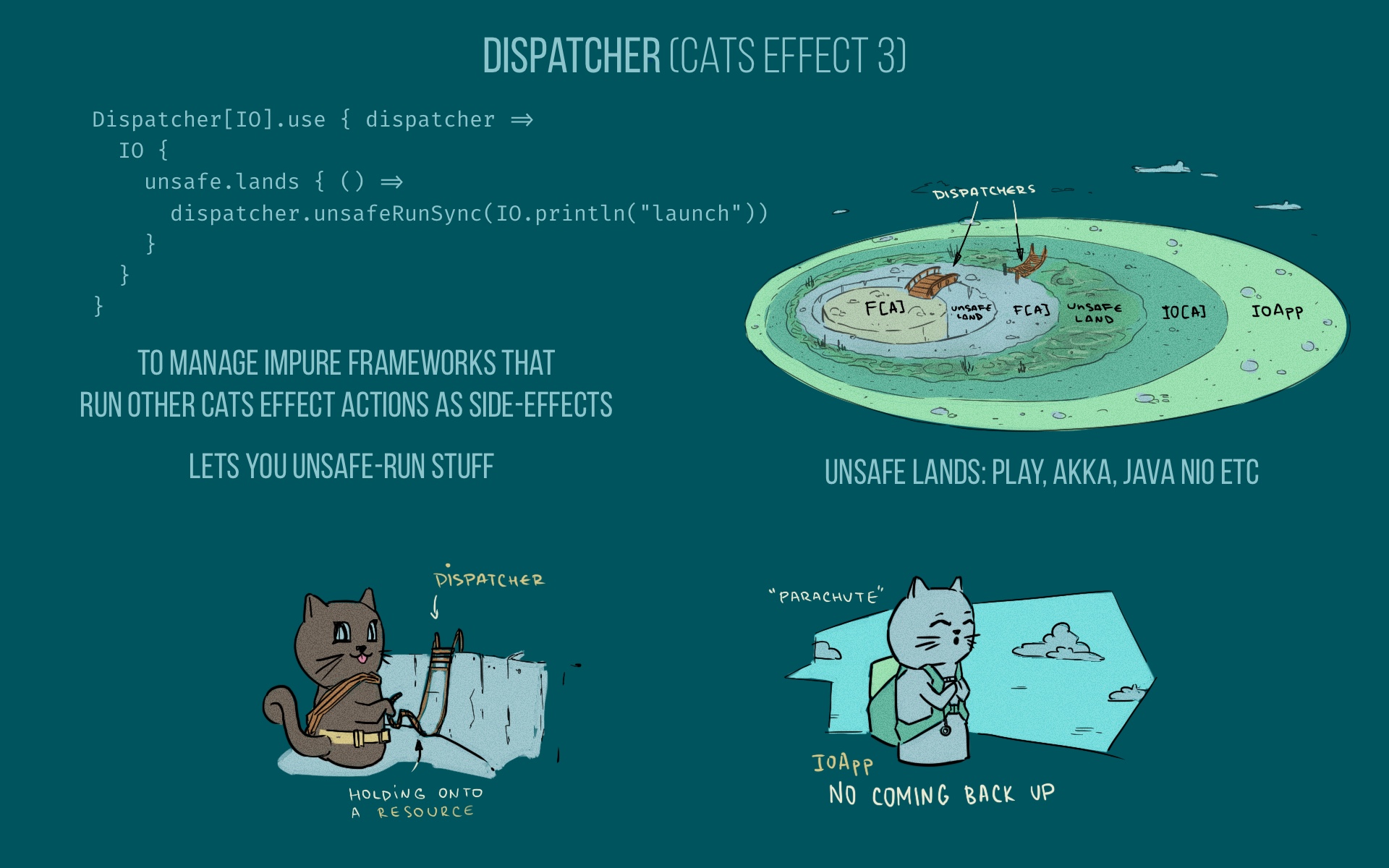 Dispatcher is a fiber-based Supervisor utility for evaluating effects across an impure boundary. This is useful when working with reactive interfaces that produce potentially many values (as opposed to one), and for each value, some effect in F (like inserting each value into a queue) must be performed as a side effect by an impure callback. This allows effectful code to be sequenced within the control flow of impure code, reversing the more common scenario where impure code, suspended using delay or blocking, is sequenced within effectful code.

An instance of Dispatcher can be derived for any effect type conforming to the Async typeclass.

Let's say we are integrating with an interface that looks like this:

As a user we're supposed to create an implementation of this class where we implement onMessage.

Let's say that we have a queue and that we want to add each message received to the queue. We might, naively, try to do the following

This will print "Value not found in queue :(", since our implementation of onMessage doesn't really do anything. It just creates an IO value which is just a description of an effect, without actually executing it. (Here the scalac option -Ywarn-value-discard might help hint at this problem.)

It is in these cases that Dispatcher comes in handy. Here's how it could be used:

The example above calls unsafeRunAndForget on the dispatcher, but more functions are exposed:

Creating an instance of Dispatcher is very cheap - you are encouraged to instantiate it where necessary rather than wiring a single instance throughout an application.

Users of Cats Effect 2 may be familiar with the Effect and ConcurrentEffect typeclasses. These have been removed as they constrained implementations of the typeclasses too much by forcing them to be embeddable in IO via def toIO[A](fa: F[A]): IO[A]. However, these typeclasses also had a valid use-case for unsafe running of effects to interface with impure APIs (Future, NIO, etc). Dispatcher now addresses this use-case.