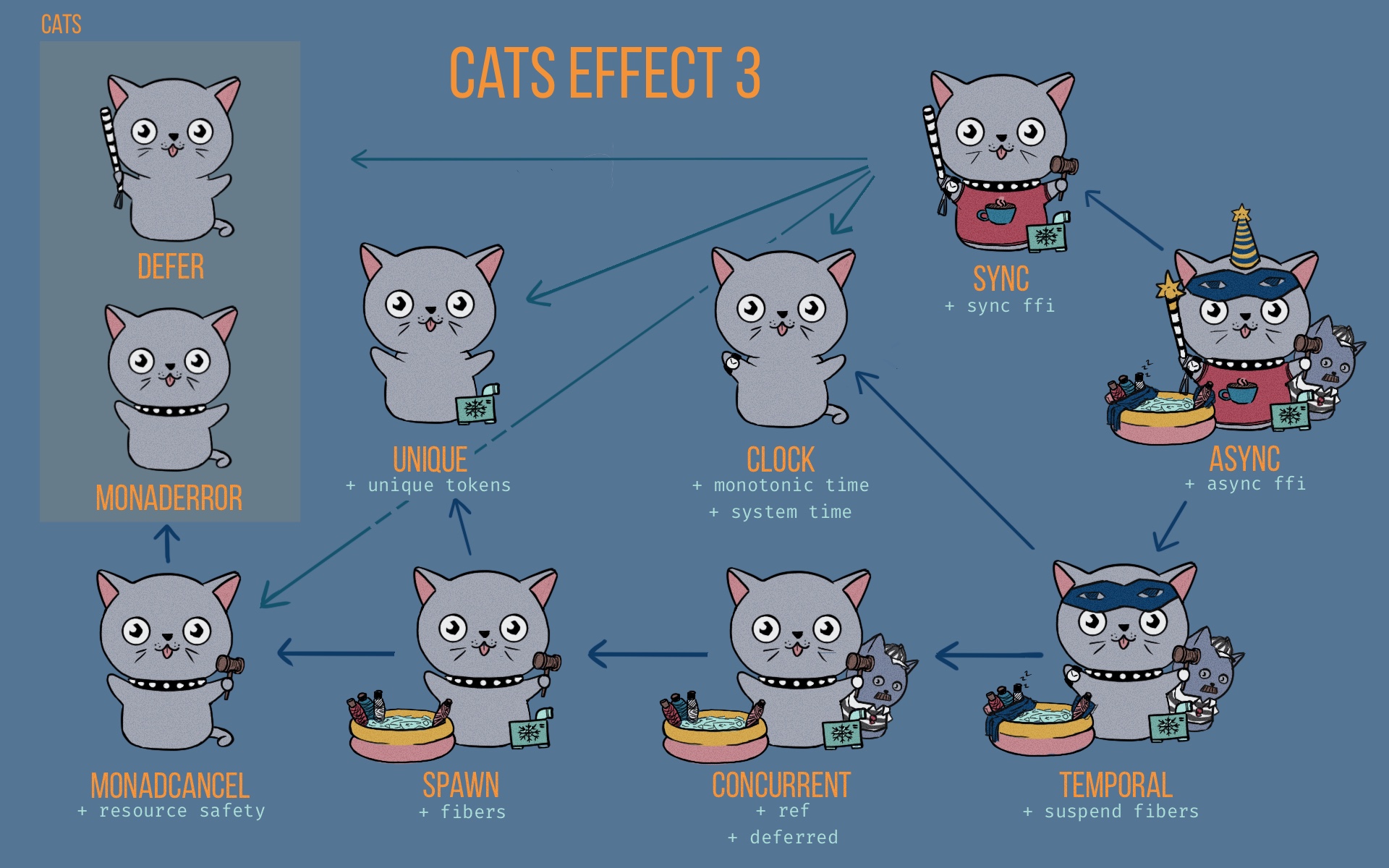 These are listed roughly in order of increasing power. Parallelism cannot be safely defined without some notion of resource safety and cancelation. Interactions with time have no meaning if there is no notion of parallel evaluation, since it would be impossible to observe the passage of time. Capturing and controlling side-effects makes it possible to do anything simply by "cheating" and capturing something like new Thread, and thus it has the greatest power of all of these categories.

Taken together, all of these capabilities define what it means to be an effect. Just as you can rely on the properties of integers when you perform basic mental arithmetic (e.g. you can assume that 1 + 2 + 3 is the same as 1 + 5), so too can you rely on these powerful and general properties of effects to hold when you write complex programs. This allows you to understand and refactor your code based on rules and abstractions, rather than having to think about every possibly implementation detail and use-case. Additionally, it makes it possible for you and others to write very generic code which composes together making an absolute minimum of assumptions. This is the foundation of the Cats Effect ecosystem.